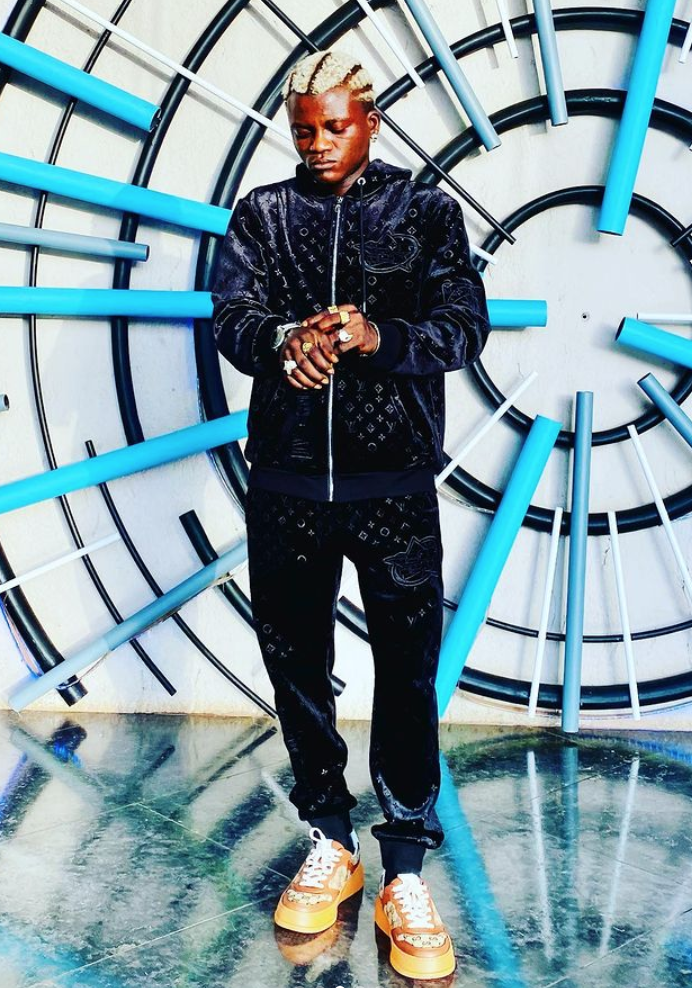 Fast-rising singer, Portable is about to end his career with his parties, hookups and of course, embarrassing lifestyle and portraying Kenyan women as prostitutes.

The Zazoo Zehh singer is being dragged and threatened with a lawsuit for his degrading video and comment about Kenyan women.

As seen in a new video shared by Portable, the singer was hanging out with friends when a lady approached him (to ask for a picture, maybe) and Portable simply told her “We are not here for hook up, you can go”.

The embarrassed fan stood up and left while portable and his lousy friends laughed over her embarrassment.


A few hours later, Kenyan OAP, Black Cinderella called him out for disrespecting and embarrassing the fan. According to her, Kenyans might be big fans of his lousy music,  but he has no right to embarrass and insult them in their country.

Black Cinderella dragged the Zazoo Zehh crooner Portable for being a useless foreigner. According to her, other Nigerians come to the country to visit their national parks, tourist attractions sites, but Portable wants to die in a club and do hookup with Kenya girls.

She also dragged Portable’s hosts and sponsors for allowing for inviting him to their country as she told him he has overstayed his welcome. She demanded that Portable apologises to the lady he embarrassed as well other women for his comment or face legal actions.