Apostle Chinyere Chibuzor, the founder and lead pastor of the Omega Power Ministry (OPM) has donated a restaurant to the family of late Deborah Samuel.

Recall that the late Miss Deborah had been kiillled in May at Shehu Shagari College of Education in Sokoto by an angry mob over blasphemous WhatsApp message.

The clergyman had helped the family of the deceased to moved out from Kaduna to Port Harcourtwhere he gifted them a house as well as a car, also placing the kids on scholarship. 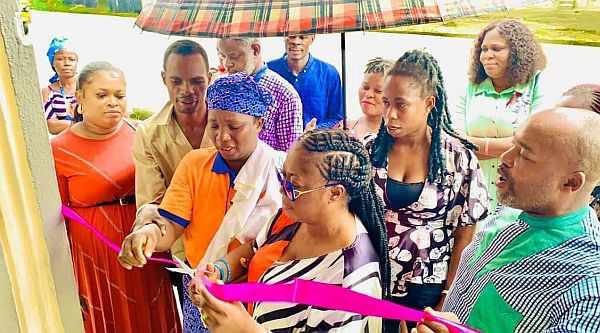 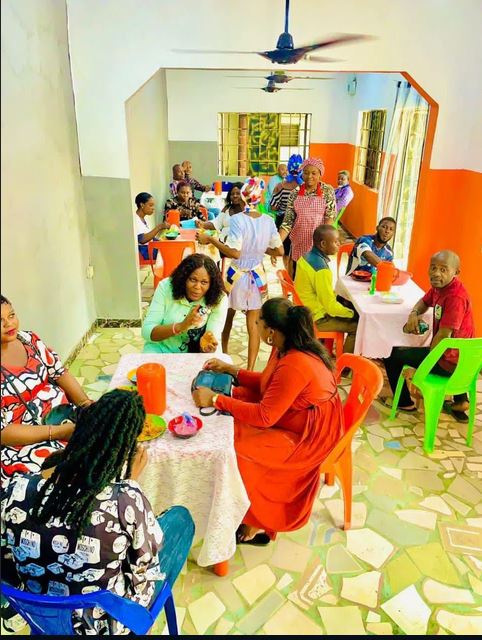 He disclosed this on his Twitter page on Monday, June 20. 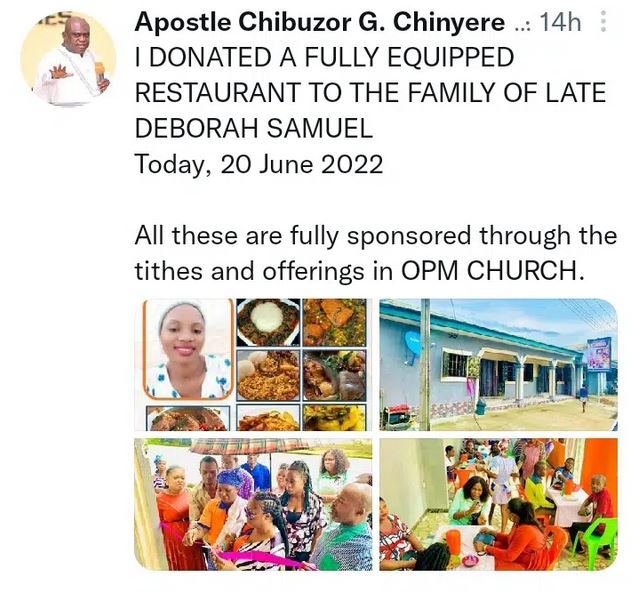