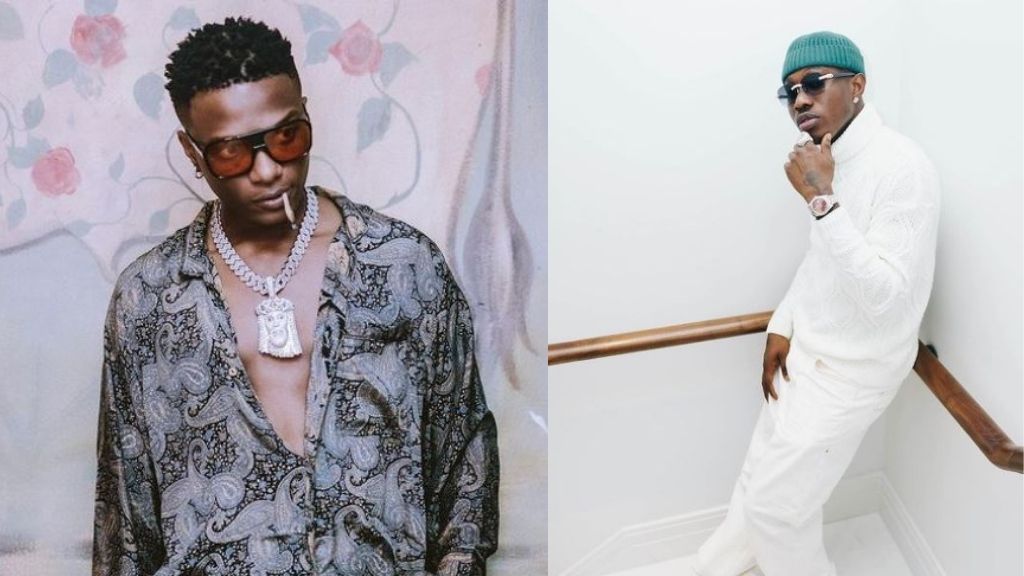 It seems 2022 is all about raining love, hugs and reconciliation for Nigerian celebrities.

In the early hours of Monday morning, Zlatan and Big Wiz gave social media users something to happily end the month with.

The duo linked up at an event hosted in Lagos and contrarily to what fans expected from them, they happily hugged each other.

Recall that social media users had a field day in December 2021, after Zlatan snubbed Wizkid at Buju’s Concert. You would recall Zlatan was dragged and re-dragged after Wizkid and Davido reconciled last week.

From the video below, Zlatan didn’t look like someone who snubbed Wizkid a month ago. Zlatan tried correcting that perception as he told Wizzy that there are no hard feelings between the two of them.

He advised him to ignore local bloggers who will always find ways to put a rift between Nigerian celebrities. Zlatan praised Wizkd for the great music inputs, awards and Wizkd responded with a big smile on his face, saying ‘Omo Iya Mi’.