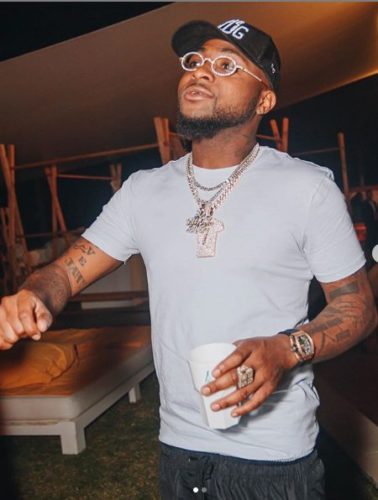 Davido Calls Out His Cousin For Betraying The Adeleke Family, Drags Him Online

Davido is trending on social media for his recent tweet about Family and politics.

The Nigerian-International singer took to Twitter this afternoon to drag one of his cousin with the name Dele Adeleke for wanting to contest for Osun State Governor alongside their Uncle, Ademola Adeleke aka Dancing Senator under the same political party- PDP.

4 Days ago, Dele Adeleke shared his political ambition of becoming Osun State next Governor on Instagram. He posted a picture of himself holding his Gubernatorial certificate with the caption;

“Today, I received the clearance certificate from the People’s Democratic Party’s screening committee. We give glory to God, who is the most gracious, most merciful. Only God’s counsel shall stand. #IgbaOtunTiDe”

Davido who just noticed the post today January 18, 2022, called Dele Adeleke who happens to be his cousin out on Twitter. He tagged the Osun State Governor aspirant a dullard who is yet to achieve a single thing in his life. See post below

After calling him out for purchasing the Governorship ticket and deciding to rival their uncle Ademola Adeleke, Davido dragged him for being an ingrate and not staying loyal to the ones that fed him. The FEM singer did this took his Instagram story.