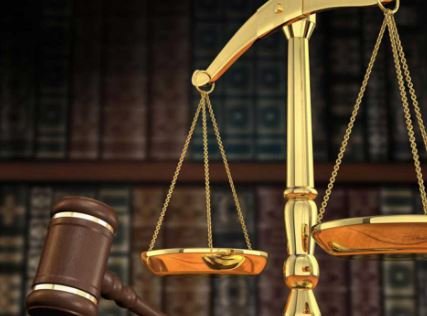 A suspected rapist standing trial before the Samuel Ilori Magistrate’s Court in the Agege area of Lagos State has escaped.

PUNCH Metro gathered that the suspect was arraigned on Wednesday for allegedly raping a teenager.

The court was said to have ordered his remand in the prison custody.

The suspect was being processed for remand when he reportedly fled from the court premises.

Efforts by warders to apprehend him were said to have failed.

“The suspect was brought to court by the police and he was remanded.

He had been taken to a holding cell by the police men when it was discovered that he had not been properly processed.

As the police and the prison warders were perfecting the arrangement, he used the opportunity to jump on a vehicle from where he scaled the court fence and escaped from the premises.”

A trader in the area, who spoke on condition of anonymity, confirmed the incident to our correspondent.

“I was there yesterday (Wednesday) when the incident happened. I saw different security operatives and other persons searching for the escaped suspect. He couldn’t have climbed over the fence of Guinness because the fence is high and the top is full of barbed wires. Besides, they have a big and spacious compound and an intruder can be easily spotted.”

The spokesperson for the Lagos State Police Command, Adekunle Ajisebutu, said he could not confirm the incident yet.

However, a senior official confirmed the incident, adding that efforts were on to re-arrest the fleeing suspect.

SO SAD!!! Father And Son Drown In A Well In Kano
SAD!! Tipper Crushes Father Of 30 Children To Death In Kogi
The FG Failed To Rescue Us, I Pity Those Still In Their Custody – Freed Kaduna Train Attack Victim
No Comments Yet Drop a Comment