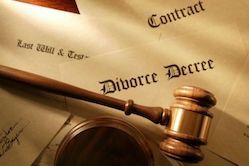 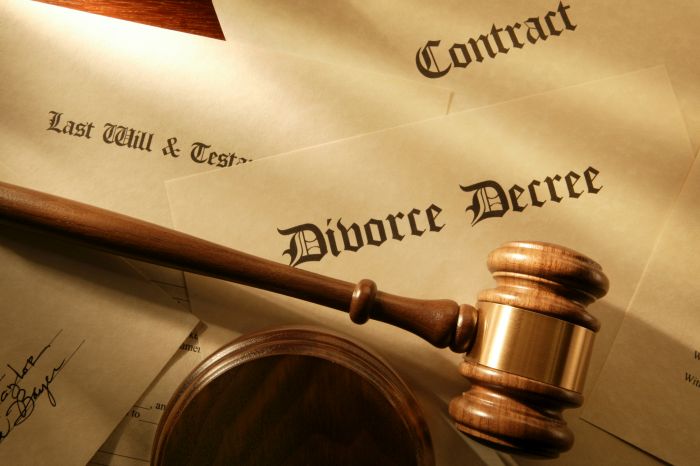 A man has used the social media platform Twitter to disclose his uncle’s actions after his wife gave their family land as donation to pastor.

According to the guy identified with the handle @ waylee_, his aunty gave a piece of land to her pastor, which caused her marriage to dissolve.

He further explained that her spouse had apparently divorced her right away. Waylee told the incident in response to a tweet asking if individuals were worried by their potential partner’s
religious beliefs. 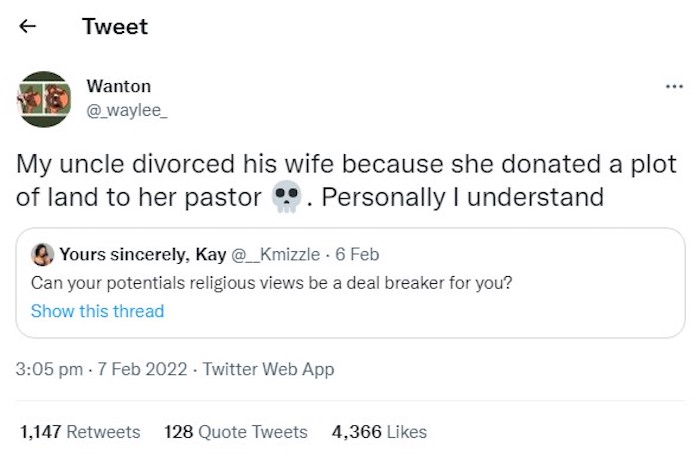 Do You Think The Wife is Wrong For Doing That? Comment Below