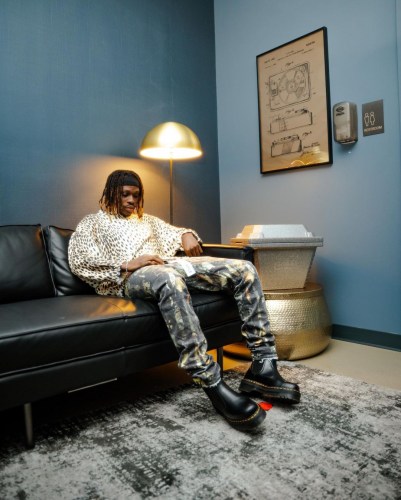 Fireboy Dml has revealed the possible name of his 3rd studio album. Yes!

According to him, his studio album will be called Playboy. Fireboy also hinted that he will be dropping his first new single off the album also called Playboy.

Although Fireboy is yet to reveal the official release date of his new single, We are certain music lovers will be getting his 3rd studio album before July.

This news is coming days after Olamide threatened to release his new album if he doesn’t drop a new project. It appears Olamide’s threat worked because Fireboy Dml has a new single on the way.