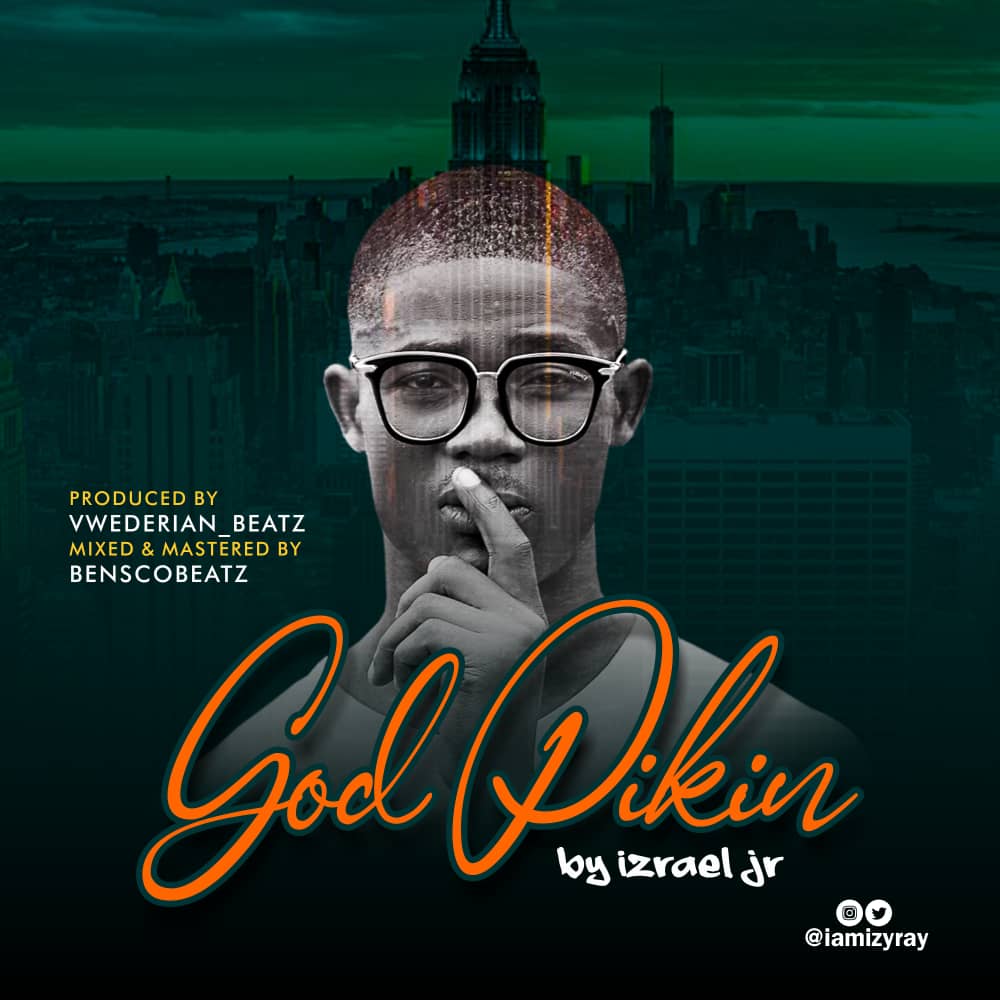 After you cook up the beat, Add the harmony and spice the music up with that magnificent voice, there is always a story one can sieve out of the final mix.
Ighofose Israel Jr known as IZraEL Jr, a Gospel artist who hails from Ughelli North in Delta State, Nigeria And a Member of The Masters Place International Church(Ughelli branch) brings us a single with an indigenous Niger Delta vibe that tells a tale of God’s faithfulness in his life. A masterpiece, alot of people out there can relate to.
This isn’t just a regular gospel song. You know why? It’s an awesome comeback from a use-to-be secular musician. IZraEL Jr started his musical career in the secular music industry in 2012 where he got his fame. He was popularly known then by his stage name, I Z Y and grew a strong fan base over time with his captivating tracks. His fan base was known to have grown exponentially after he performed one of his songs, FOLLOW ME (a cover of Chris Brown’s Don’t judge Me) on the COKE STUDIO CAMPUS TOUR Musical Competition in University of Port Harcourt back in 2014, in which he won. He also performed alongside with the famous Nigerian artist, Augustine Kelechi popularly known as TEKNO, who was one of the Guest Artist on the show. IZY’s music career since then was in lightening speed as he kept the lips of his fans busy with various of his hit singles (COLLABO and many others) and performed in various Top notch shows in Port Harcourt and Lagos over the years, until he took a long break.
Could this long break had been an encounter with God or a Self discovery journey? Many would ask, as he has returned to bless us with another single, but this time no longer as I.Z.Y but IZraEL Jr ( which he now calls himself). One would say, It’s a distinct comeback, the kind you don’t come across easily in the music industry. He has obviously changed the narrative by blessing us with this single, A gospel track acknowledging a Supreme Power that gives us an identity- GOD PIKIN.
“GOD PIKIN” is a song you can meditate on and dance to at the same time and one can say the back story and inspiration behind this single is what gives it it’s uniqueness. This sort of vibes and passion is definitely not something you see everyday. Don’t be left out on this melodious trending jam!!! Get a copy of this song or download it on the various link attached below..
Enjoy and vibe to GOD PIKIN as you turn your stereo on… Plug in your headphones or better still let the jam bless your home loud enough to worry your neighbors…
Dance and loud it… It’s worth the listen!!!.
After all, to be GOD PIKIN no be moi moi..
This Jam “GOD PIKIN” was produced by VWEDERIAN_BEATZ…
Mixed & Mastered by BENSCO BEATZ
DOWNLOAD SONG
FOR PROMOTION PURPOSES ON Gistsnaija.com.ng PLATFORM CONTACT OTUTU GAIUS OR CALL +234(0)8141671219 OR VIA EMAIL – Gaius.Godwin.og@Gmail.Com
Post Views: 28
Click to see more posts about 👇