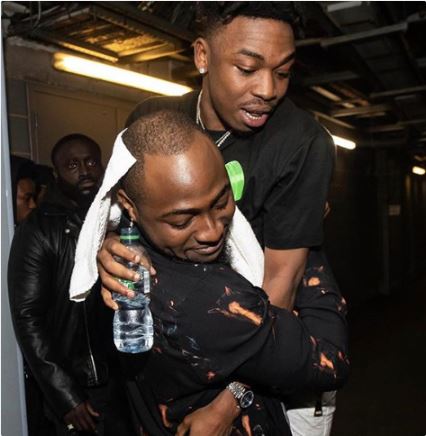 I Wasn’t Actually Doing Music When Davido Found Me – Mayorkun

Popular Nigerian singer Mayorkun has once again taken a trip down memory lane as he speaks on his journey so far with Davido.

In a recent interview the singer revealed that he wasn’t actually doing music when Davido found him.

He also made it known that he was just a writer, and OBO saw and said he is the man. Mayorkun didn’t even have a single when he discovered by Davido but over the years he has proved that the 30BG boss made the right choice and investment on him.


Since his advent into the music industry, the rising star has been winning awards while dropping singles and then albums. He has succeeded in carving a niche for himself in the entertainment industry to the point that when Nigerian musicians are been mentioned his name also comes on the top list.

Just recently Mayokun called out to everyone saying that people should try to enjoy their  life while they invest because if they invest and then die, who will enjoy the money.