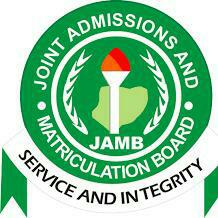 The Kano Government has approved more than N37m for the purchase and distribution of UTME forms to 5,000 prospective candidates in the State.‎
The state Commissioner for Information, Malam Muhammad Garba, disclosed this while briefing newsmen on the outcome of the weekly state’s Executive Council Meeting in Kano on Tuesday.‎

‎He said the council had also approved more ‎than N30m for the renovation of Dandalama ‎Secondary School at Dawakin Tofa Local Government Area of the state.‎
‎
‎Garba added that the council approved ‎more than N247m for the rehabilitation of Niger, Yoruba, Hausa and Igbo roads in Sabon Gari area of Fage Local Government area. ‎
The commissioner also said more than N31m was approved for the rehabilitation of Gwagwarwa Shariah court.‎
He said, ‎“The council also approved N80m f‎or the purchase of the first phase of equipment for the resuscitation of Triumph Newspapers and the constitution of 10-man Management Committee.
“More than N 476m was also approved for the rehabilitation of road networks within Janbulo quarters along Gwarzo Road.”
‎
Garba said that the council also released‎ N145m for the purchase of delivery Kits at Hospitals ‎across the state.
He said that the council approved more than N64m for the purchase of ‎Toyota Hilux for the operation of Hisba Board.‎
‎
The commissioner said that government was determined to develop infrastructure as part of its initiatives to improve the welfare of the people
FOR PROMOTION PURPOSES ON Gistsnaija.com.ng PLATFORM CONTACT OTUTU GAIUS OR CALL +234(0)8141671219 OR VIA EMAIL – Gaius.Godwin.og@Gmail.Com
Post Views: 29
Click to see more posts about 👇