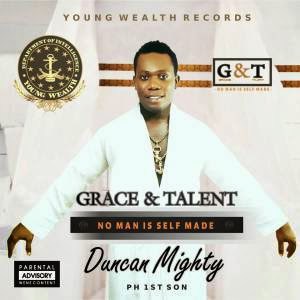 Duncan Mighty released his first album,Koliwater, which helped establish him as a homegrown hitmaker in the music industry.


The album contains twenty
two songs including “Ijeoma”, “Scatter My Dada”, “Dance For Me” and “Ako Na Uche”.
Off the debut album we present a track titled “Jara Hip Hop”.
Enjoy!