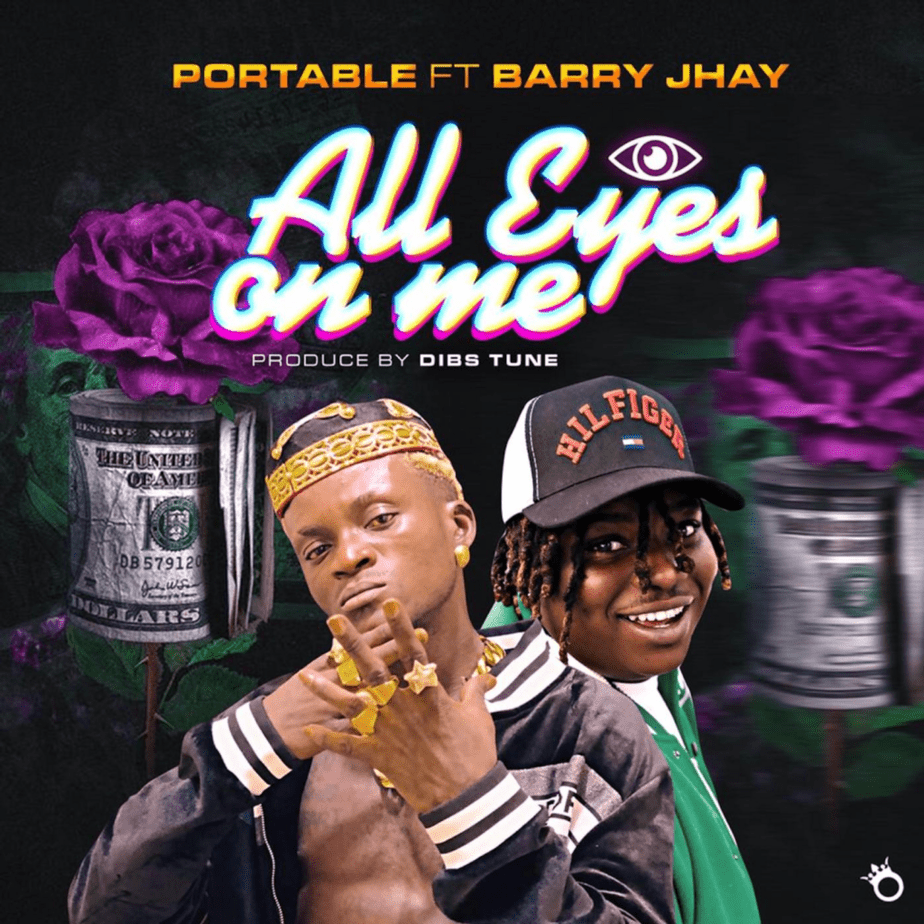 [MUSIC] Portable – “All Eyes On Me” ft. Barry Jhay

Dr Zeh popularly known as Portable teams up with Barry Jhay to deliver “All Eyes On Me”.

Fast rising street pop artist, Portable unleash a brand new single titled “All Eyes On Me” after employing the services of Barry Jhay.

Portable aka Weyrey Olorin returns to disturb the neighbourhood with another potential hit record after the huge success of his debut mega-hit track, Zazoo Zehh.

Teaming up with spiritual singer, Barry Jhay and delivering on this Dibs Tune -produced-track just shows Portable is here to stay and shake 2022. On this thoughtful record that hits deep even to the spiritual realm, Dr Zeh prays to God to make him relevant, glorious and shine forever.

The son of Shaku shaku recognises himself as a Big Man and Superstar as he features Barry! Listen below;

Following the success of his previous release “Zazoo Zehh” featuring YBNL Boss, Olamide & Premium Leg work dancer, Pocolee which became an Anthem on the street that gave his fans the best of 2021, Portable is here to give his fans another infectious and addictive sound for the New year.

“All Eyes on Me ft Barry Jhay” is an appreciation song to God and his fans, he tells his story of how far he has come through in life and his future plan to bring more lit songs to his fans. This song is fine tune with soft melodious beats from talented Producer Bylinx which he creatively put together for a stereo repeat… Available on Digital Stores – STREAM HERE