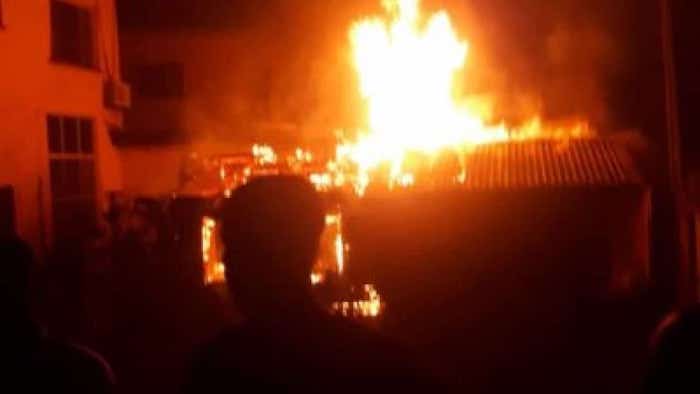 Tragedy As Lotto Attendant Sets Self Ablaze In Osun

A lotto attendant, simply identified as Seyi, has committed suicide by setting himself ablaze inside his kiosk in Osun State.

The Nation gathered that the incident, which happened in Ikire, the headquarters of Irewole, created tension.

Seyi resumed at his kiosk in the morning after giving money to his children for feeding.

“Seyi entered his shop, poured petrol on himself and set himself ablaze.

“Before anybody could rescue him, he was already dead.

“The police were involved but the family has claimed his corpse for burial.”