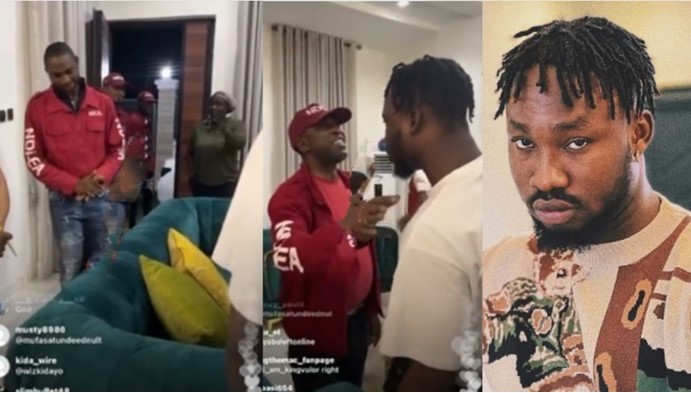 In the said video, the officials of the agency are seen trying to arrest the skit maker, while he resists, saying that he knows his fundamental human right, and backs it up by making a video of the scene.

The reason for the arrest is still unknown, but via the video, about 5-6 officers could be seen in his living room, including a female officer who was dressed in mufti.

The female amongst them stated that Dgeneral has no right to make videos of them but she was only being lenient with him due o the presence of their boss.

The heated exchange degenerated to assault after the phone used to film the operatives was knocked off, but it’s unclear who the victim was.