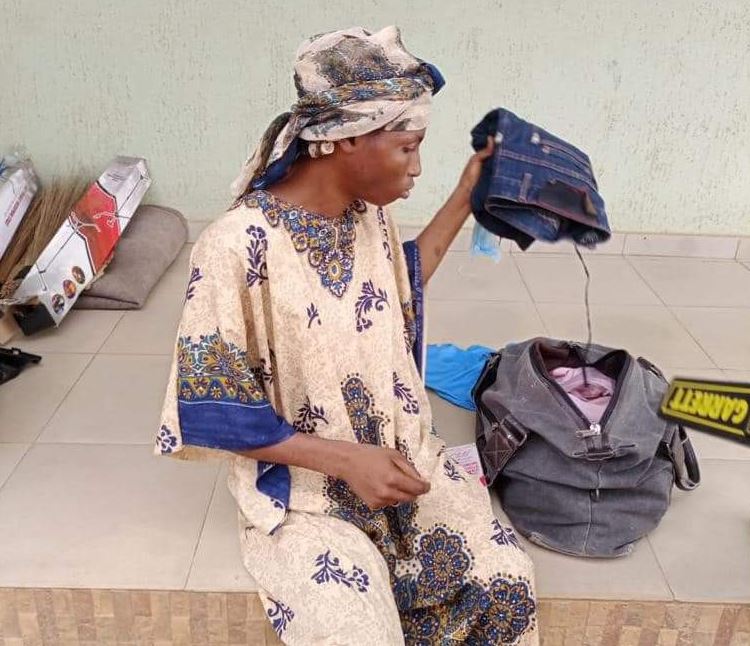 Young Man Who Disguised Himself As A Woman In RCCG Lagos, Caught & Stripped (Photos)

A suspected thief who disguised himself as a woman was caught after he entered the Redeemed Christian Church of God (RCCG) solid rock Chapel in Lagos State.

The suspected was caught on Thursday morning, June 30 in Ojodu area of Lagos state.

The suspect was caught by a security guard on duty after he became suspicious of him.

The security guard was said to have confronted and searched him and consequently discovered he was a man dressed like a woman.

The mission of the suspected is yet to be ascertained according to a member of the church who said to witnessed the incident.


The suspect has been handle over to the police.

See the photos below:

SAD!! Tipper Crushes Father Of 30 Children To Death In Kogi
The FG Failed To Rescue Us, I Pity Those Still In Their Custody – Freed Kaduna Train Attack Victim
#Strike: Nigeria Labour Congress To Embark On Nationwide Protest
No Comments Yet Drop a Comment